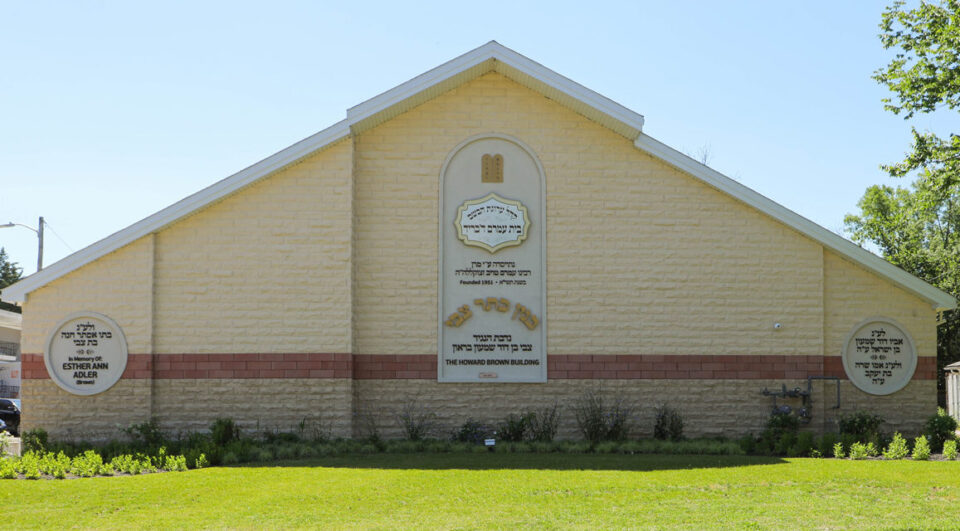 As I set out to gather the recollections of those close to Harav Amrom Taub, zt”l, Rav of Khal Arugas Habosem of Baltimore, I learned fascinating details about his life that few people know. For example, his son, the present Brider Rebbe, Rav Shaye Taub, shlit”a, and his Rebbetzin told me that Rav Amrom almost didn’t come to Baltimore at all. Upon his arrival in America after World War II, the Hebrew Immigrant Aid Society (HIAS) planned for him to be a rav in St. Louis. It was the Rav’s loyalty and dedication to the Satmar Rebbe, Moreinu Reb Yoel Teitelbaum, zt”l, who insisted that he come to Baltimore, that brought him to our community in 1951, although it meant losing the stipend from HIAS.

Before taking leave of the Taubs, I decided to share my own personal Satmar connection. One of my sons happens to be married to a girl who is a cousin of the Berditchiver Rebbe, of Satmar lineage, I told them. In fact, this son is the only one of my sons for whom Rav Taub was the mohel. As these words escaped my mouth, the connection between my son’s shidduch and his mohel, became crystal clear. I shared my theory with the Taubs: that it was in Rav Taub’s zechus (merit) that this son merited marrying a wonderful Satmar girl.

Rav Shaye confirmed my theory, with a twinkle in his eye, explaining the strong connection that exists between a boy and both his mohel and sandek. Rav Shaye’s own sandek turned out to be his son-in-law’s grandfather.

Our family barely knew Rav Amrom, yet he made an indelible impression on us. No doubt it was because of his talent for connecting to each and every Jew, regardless of how different they were from him, that the Satmar Rebbe adamantly insisted that Rav Amrom belonged in Baltimore. Rav Shaye draws a parallel between the Rebbe sending his father to Baltimore and Yaakov Avinu sending Yehuda to Goshon to establish a yeshiva. Just as Yehuda took it upon himself to be personally responsible for his brother Binyamin, Rav Amrom felt accountable for every neshama (soul) he met.

“That explains how my father, who grew up in Europe, could relate to every Jew,” explains Rav Shaye. “This was the ko’ach that he had. He didn’t have it easy. Even when he was in a very difficult matzav (situation), he always made sure that his family and others never knew. You had to be very close to him to know if he was upset about something; he was very protective of us. The house was always besimcha (joyful). He was always happy and with a smile. He believed that the face is a reshus harabim (public domain), while the heart is private.”

Rabbi Moshe Shuvalsky, a native Baltimorean, remembers the days when the Jewish community did not sport a single shtreimel. He was very close to both Rav Amrom and Rabbi Yitzchok Sternhell, zt”l, the Rav of Machzikei Torah and head of the Shearis Hapleita cheder (now known as Torah Institute), which Rav Amrom was encouraged by the Satmar Rebbe to establish, with only five students.

“As a kid, in the late 30s and 40s, I thought that anyone who wore a shtreimel was a chasidishe rebbe,” admits Rabbi Shuvalsky. I didn’t know of any lay people who wore it, unlike the Baltimore of today. Baltimore was not considered a chasidishe city, but Rabbi Taub, Rabbi Sternhell, and Rabbi Hertzberg brought a more chasidishe outlook into the community. Together, they helped make Baltimoreans more receptive to the chasidishe way of life and enhanced our Yiddishkeit. Rabbi Taub instituted the baking of matza on erev Pesach, with water drawn from a well, at Rabbi Avraham Schwartz’s Shomrei Mishmeres (Lloyd Street) shul. He knew how to get along with the Litvishe crowd; he didn’t push his philosophy on us.”

Rav Amrom’s acceptance as a mohel in the strongly Litvishe Baltimore community was not immediate. Rabbi Hirsch Diskind was the dean of Bais Yaakov when Rav Amrom’s daughters were in attendance. When Rabbi Diskind’s father-in-law, Rav Yaakov Kamenetsky, zt”l, came to visit his family for Succos, he was invited to be the sandek at the bris of Rav Amrom’s son.

“Rav Yaakov watched Rabbi Taub do his son’s bris and was very impressed by his efficiency and expertise,” recalls Rabbi Diskind. “That was the turning point in the yeshivishe crowd’s acceptance of a Hungarian chasidishe mohel. Rav Yaakov told me, `When you have a son, you won’t have to import a mohel from New York.’”

When one of Rabbi Moshe Heinemann’s sons was born, Rav Heinemann approached Rav Amrom about performing the bris. He agreed to do it, but was not able to in the end, due to his hospitalization for a heart problem.

“I wanted to take another mohel when I found out that Rabbi Taub could not do it,” recalls Rav Heinemann, “but Rabbi Taub was not happy with that mohel. Instead, he encouraged me to do my son’s bris myself. When I told him that I didn’t have instruments, he told me I could use his. It was the first bris I did all by myself.”

Rav Amrom also played a role in helping Rav Heinemann obtain his shechita license: “Rav Nachman Kowalsky, who was a very successful fundraiser for Ner Yisrael, was hospitalized for many days Yom Kippur time, and he asked me to help him shlug keporas with live chickens,” says Rav Heinemann. “There was an issue of how to get chickens into the hospital. The next issue was how to shecht them. Rabbi Kowalsky asked me to shecht them. But, although I had learned the laws, I was not licensed to shecht. Rabbi Kowalsky approached Rav Ruderman, zt”l, about my certification, and he told me that I need people to check my work. I got some checkers and shechted in front of Rabbi Taub, who wrote a letter to Rav Ruderman, who subsequently gave me a license to shecht. Chickens were smuggled into the hospital, which was not easy, and then smuggled out.”

Mr. Jack Boehm helped make a minyan in Rav Amrom’s shul, back when it was held in the Rav’s house off Coldspring Lane. “There weren’t too many refugees, and Americans didn’t go,” recalls Mr. Boehm. “From there, he moved to Shirley Avenue, where he made a mikvah in his house and a bigger minyan. Then he moved to Rogers Avenue, and after that, to Park Heights Avenue. The Yiddishkeit changed a lot when he came to Baltimore. I was a very good friend of his and I tried to help him out as much as I could. In the beginning, he couldn’t make a living. His congregants didn’t make much, so they couldn’t support him.

“We were backyard-to-backyard neighbors with the Taubs on Northern Parkway,” continues Mr. Boehm. “It was very, very nice being their neighbors. We were very close to them; our wives and children would get together. When the Rebbetzin got sick, my wife cooked and helped with the children. When she passed away, the kids would come over Friday night and eat popcorn that she made for them. My wife treated them like her own children, and they treated her like their mother.”

Rav Amrom had lost his wife and five young children back in Hungary, during the Holocaust. He survived numerous concentration camps and remarried while still in the DP camps. He came to America with three small children; Rav Shaye was all of six months old at the time. The loss of this rebbetzin left him a widower, once again, with nine young orphans, aged 3 to 17, to raise singlehandedly.

“Rabbi Taub’s children grew up to be such wonderful role model personalities – both in bein adam lechaveiro and bein adam laMokom,” notes Rabbi Diskind. “He was both a father and a mother to them, and they grew up so wholesome. They spoke to their father in the third person, with so much derech eretz (respect) and ahava (love) at the same time. He was above the average. His daughters could have been misfits because of their Williamsburg standards of tznius, yet they were so popular and respected and had a very positive influence on many of the girls in Bais Yaakov. Even the non-shomer Shabbos girls loved going to the Taub girls’ house for Shabbos because of their refinement and sticking to their traditions, which were not common then in Bais Yaakov. They would relate to Rabbi Taub, too.”

Yes, Rav Amrom apparently made an indelible impression on these girls, as well as on many, many others. His genuine interest in and dedication to each and every neshama is perhaps best illustrated by a small anecdote that Rav Shaya shared with me:

“Sometimes I would sit with my father, and the phone would ring,” says Rav Shaye. “Even when he was older, he ran to get the phone, out of breath. When I suggested to him, years ago, that he get an answering machine, he replied: `I’m meshibud to the community; I can’t delegate it to a machine.’”

Upon Rav Amrom Taub’s third yahrtzeit, 28 Tammuz, may the neshama of our beloved community leader and friend have an aliya, and may his memory be an inspiration to all.